What To Do If Students Don’t Read The Textbook

One answer to making sure students actually buy and read their textbooks before class is to write it yourself. And if that's not enough, another is to give your class starring roles

Two years ago, Georgia State University mathematics professor Andrea Hendricks found herself trying to solve a textbook problem that was as challenging as trying to grasp a double-edged sword.

Back then, the state of Georgia had eliminated remedial prerequisite courses for college algebra, moving instead to a co-requisite model in which students would receive just-in-time remediation for any missing skills. There was no traditional textbook on the market that matched the new pedagogical model, and it would take academic publishers years to develop a suitable solution. Hendricks knew this better than anyone; she’d already authored four textbooks herself.

This situation, she knew, would only compound another lingering problem she’d been trying to solve for some time already: students’ tendency to avoid reading whatever textbooks they’re assigned. “For the last 12 years, I’d observed that students would often complete their homework assignments with 100 percent accuracy but, then, on their exams, fail to demonstrate the knowledge behind those assignments,” she says. “They were hacking their way through the course, trying to find the route that demanded the least amount of time.”

Hendricks’ solution was to write her own fully digital, interactive textbook. She told her story in Chicago last October at a panel discussion entitled “Textbook Heroes: How Interactive Textbooks Make Learning More Impactful,” part of Top Hat’s Engage 2018 conference. As she told the audience of 200-plus faculty from across North America, if the available learning materials aren’t suited to the learning, now may be the time to develop your own. 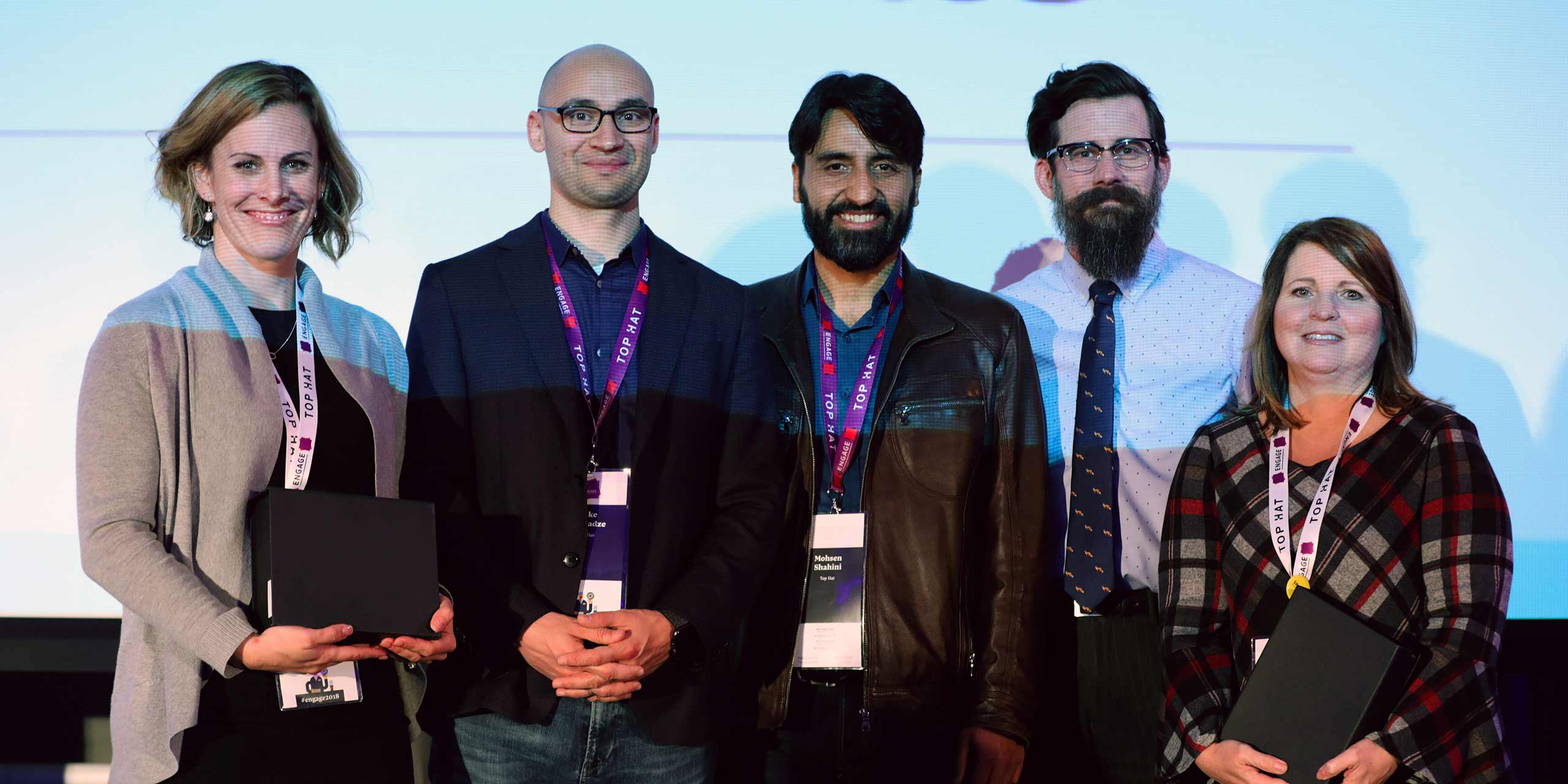 Hendricks is far from alone in this conclusion. Conference attendee Erika Woekel, the director of the Lifetime Fitness for Health Program at Oregon State University, found herself in a similar situation with the introductory course she teaches to more than 1,000 students annually. Woekel had been in advanced discussions with academic publishers to write a new textbook on the subject when things started to go sideways. “Our dietary guidelines changed, so the course material needed to be adjusted,” she explains. “Then the publisher changed the timelines and the price point. Then I couldn’t get the publisher on the phone. That’s when I decided I needed a different plan.”

In Woekel’s case, the affordability of learning materials was a major factor in her decision to write a digital textbook. “Students were buying an $80 clicker and a $90 textbook for ten weeks of learning,” she says. “I thought, ‘we can do better than that!’” Woekel—who also won Top Newbie in the Innovative Educator Awards at the Engage 2018 conference—wrote her textbook in 2017, over a span of less than four months. The final draft was completed on September 17 and ready for distribution to students when classes began on September 28. And she’s just as proud of her textbook’s impact on student pocketbooks as she is of its impact on their learning. “We saved our students a total of $400,000 last year alone by reducing their costs for this course.” The impact of Woekel’s innovation was in fact so widely felt at Oregon State University that it spurred the administration to take notice, eventually leading to OSU selecting Top Hat for use campus-wide.

Another freshman fitness professor and one of Hendricks’ fellow panelists, Lindsey Nanney of the University of North Carolina Wilmington ‘s School of Health and Applied Human Sciences, was confronting the same scenario as Woekel: “We were using a textbook that was really expensive, and the content was really weak.” Nanney decided that UNCW needed its own textbook, but in her case there was a twist: a total of 28 faculty taught the course.

Nanney made the new textbook a collaborative project, with many colleagues writing different chapters while she handled the editing. She then took a novel approach to distribution by “piloting” the material during 2017 summer courses. Nanney gathered feedback, adjusted the material, and then rolled out a completed textbook in time for the fall semester—a turnaround timeline no print publisher can match.

“I think we’re at the point where it’s become counter-intuitive now, in higher education, to write traditional textbooks. The work just won’t be current by the time it’s published.” Nanney has since expanded the textbook to include student-made how-to videos for a variety of physical exercises. “We wanted to have students featured in the textbook,” she says. “Their contribution to the textbook is something they can put on their resume.” 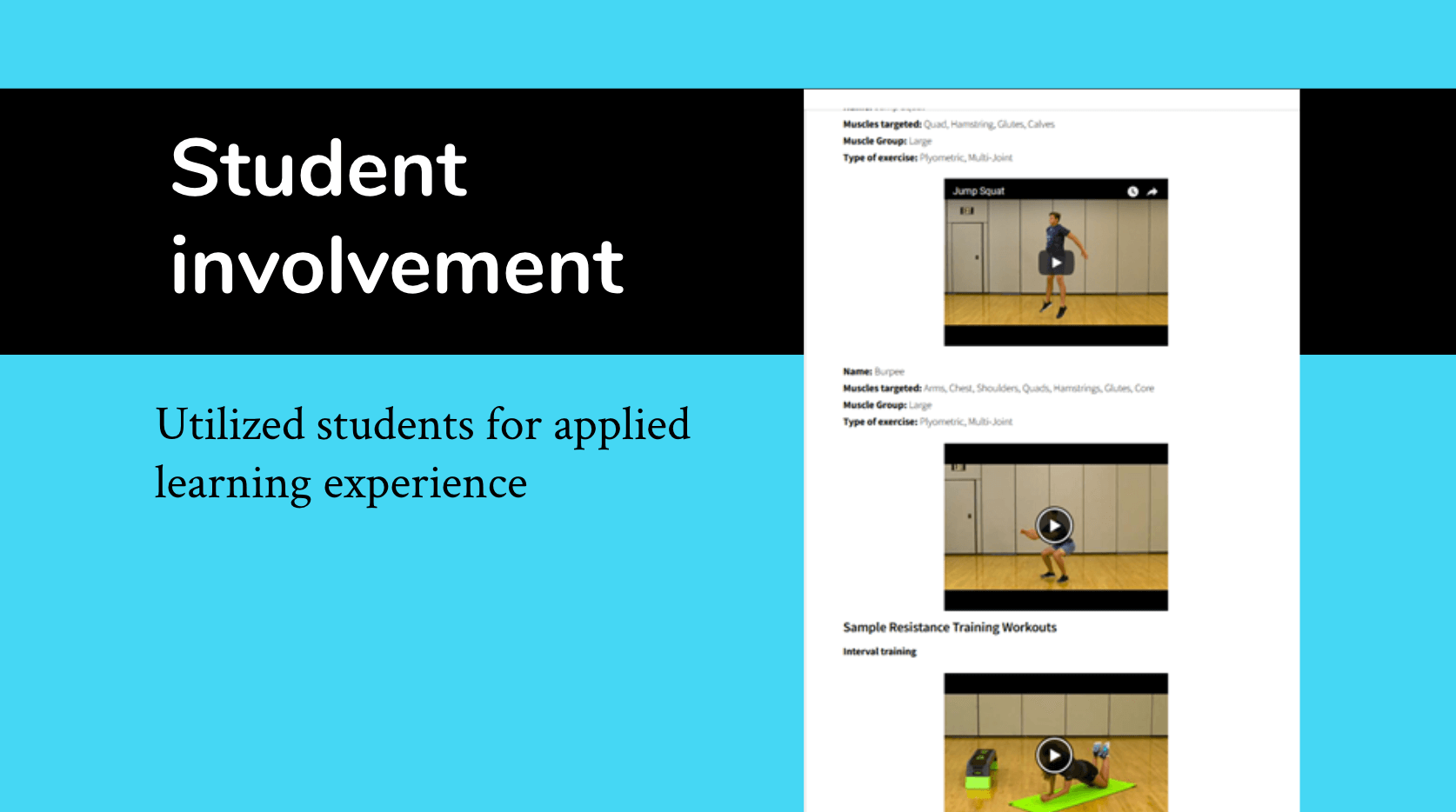 For Hendricks, however, the only student involvement she wanted was better attention to the material, trying to find the “sweet spot” that gives students the right amount of practice to embed understanding and comprehension. As she explained it: “How do I provide opportunities for students to digest what they are learning and reflect on their learning without overwhelming them?”

Hendricks began writing her new textbook on the Top Hat platform in January 2017. And while the project had its challenges, the new textbook was ready for distribution in time for the fall semester.

Her students responded immediately and positively to the new learning materials. “They like the fact that everything is in one place—the readings, the homework, the videos,” she says. And as an instructor, Hendricks likes the fact that she can release the textbook in sections, week by week, so that students can’t skip ahead. “They have to master what’s in front of them before they can move on.”

Being a mathematician, Hendricks tracked student outcomes—and found noticeable improvement. In the semester prior to adopting her e-textbook, nearly 45 percent of her students either withdrew from the course or received grades of D or F. In the first semester using the e-textbook, that number was down to 37 percent. The number of students receiving a D grade in particular plummeted, from 12 percent to 3.5 percent.

I think we’re at the point where it’s become counter-intuitive now, in higher education, to write traditional textbooks. The work just won’t be current by the time it’s published.

Another interactive textbook author, Rutgers statistics professor David Weiss, found similar results to Hendricks’ when he crunched the numbers for his students. “We asked for student feedback, but we wanted more concrete proof beyond student comments saying ‘Top Hat was a great help’ or ‘Please no more Top Hat,’” Weiss says.

Comparing results from his final semester using traditional content to his first semester using an interactive textbook, Weiss, who also presented alongside Hendricks at the Engage 2018 conference, discovered a statistically significant increase in grades on three of the course’s four exams. “Now I have proof that I made the right decision,” Weiss said of his efforts to create his own interactive textbook. “My students are doing better. And they will continue to get better as I get better on using the tools that Top Hat gives me.”