Microsoft founder and philanthropist Bill Gates is giving away Factfulness by the late Hans Rosling to every U.S. student graduating in 2018—a book intended to equip today’s undergraduates with hope for the future, and the evidence to back that hope up.

Fully titled Factfulness: Ten Reasons We’re Wrong About the World—and Why Things are Better Than You Think, the book was Rosling’s last. An internationally famous statistician, TED Talk alumnus and healthcare policy expert, Rosling died of pancreatic cancer in 2017 at the age of 68. His final work is a characteristically optimistic take on the progress that humanity has made in tackling the planet’s greatest challenges, and a guard against falling into pessimism.

As a professor of international healthcare at the prestigious Karolinska Institute, a major part of Rosling’s teaching focused on confronting students’ negative assumptions about the progress of humanity, and providing them with hard data showing that the world is better than it appears.

For instance, did you know at least in the past 20 years the proportion of the world living in extreme poverty has almost halved? Or, that 80 percent of all children globally have been vaccinated against at least one disease?

In a unique take on active learning, Rosling would open his public talks with a multiple-choice test on health access, literacy rates and the environment. Invariably, even the most educated audience would pick the most pessimistic options.

This happens because humans are programmed to be alert for danger and drama, he would explain. The mean grade is lower than if a chimpanzee had selected answers randomly, Rosling pointed out.

“I will teach you how to recognize overdramatic stories and give you some thinking tools to control your dramatic instincts,” he writes in Factfulness. “Then you will be able to shift your misconceptions, develop a fact-based worldview, and beat the chimps every time.” 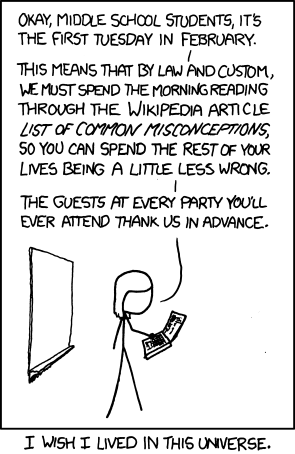 “This is data as you have never known it: it is data as therapy. It is understanding as a source of mental peace. Because the world is not as dramatic as it seems.”

Gates may have chosen to make Rosling’s book freely available because it mirrors his own optimistic outlook. In his 2018 Gates Foundation Annual Letter, he argues that despite humanity’s fixation on negative news “we see a world that’s getting better.… Being an optimist isn’t about knowing that life used to be worse. It’s about knowing how life can get better. And that’s what really fuels our optimism.”

Graduating students from U.S. colleges may download a copy of the Factfulness PDF from Bill Gates’ book giveaway page. A fuller Factfulness review can be found here.

Quin Parker is a Toronto-based digital editor and writer, and is Content Marketing Manager at Top Hat.