Social psychology, says Professor Alex Nagurney, is typically the course that really animates students’ passion for psychology. “The course material is grounded in relationships among individuals and groups,” says Nagurney, an assistant professor of psychology at the University of Hawaii at Hilo. “Typically, you’ll cover a topic in class, and then students can step outside and immediately start to observe that day’s learning in action. You can even observe it inside the classroom.”

But for students taking the course online, that observational dimension goes missing. They don’t gather together for their learning, and at course’s end they don’t head into the midst of a lively campus with lots of social behavior on display. “I was finding that, for the online version of the course, students were getting really disengaged.” Nagurney’s key measure of student engagement for the online course was the number of people involved in the online discussion group: it always started out well in the first week, with dozens of entries and replies, but by the final weeks participation would dwindle, sometimes to less than a dozen entries.

So, Nagurney collaborated with longtime friend Patrick Smith, an instructional designer with Texas State University, to gamify his social psychology course content. And they decided to push the gamification concept far beyond the usual tactics of leaderboards and badges. They were determined to avoid the use of “chocolate covered broccoli,” the phrase instructional designers use to describe courses that merely offer token rewards to students for completing the same usual list of quizzes, papers and exams. Says Smith: “We took a lot of material that students would normally write an essay on and turned it into a real-world situation.”

The scenario they devised was a skillful exercise in verisimilitude. Nagurney told his students that a friend of his—named Patrick Smith, a student affairs director at a small Texas university—was facing some behavioral challenges on his campus and was asking Nagurney and his students for help.

Smith recorded a number of video messages explaining his situation to students. In a clever twist, all of the challenges he presented to students about his Texas university—from excessive drinking on university property to cultural conflict between different student groups—were drawn from real-live behavioral issues on the Hilo campus. (The cultural conflict, which in Hawaii tends to occur between native Hawaiians and transplanted mainlanders, was recast as an influx of Californians into a heart-of-Texas university.) Nagurney split students into teams, and tasked them to come up with ideas for interventions that Smith could use to resolve the behavioral problems. Once each team had posted its recommendation online, Nagurney’s students then played the role of individual consultants, reviewing and commenting on their peers’ proposals. 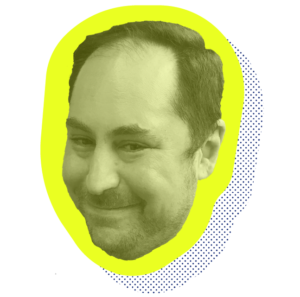 Students were far more engaged in thinking about the problems that were presented to them.

This second stage of gamification was designed to appeal to social psychology students’ different learning and gaming styles. In the gaming world, some people are “killers” who play to compete and dominate, and “helpers” whose enjoyment comes from assisting teammates. Nagurney and Smith also developed a currency known as “so-psy points,” which students received for participating in class discussion and then redeemed at the end of the course for up to five additional points on their final exam score.

Nagurney says the impact of their gamification scheme was just what he’d hoped for. “The quality of the work the students produced was higher than it had been previously. And they were definitely far more engaged in thinking about the problems that were presented to them.” The increase in student engagement is also visible by the online participation data: compared to earlier sessions of the course, student activity in online discussion groups rose by 143 percent.

Since they first gamified the course’s content in 2015, Nagurney and Smith have won a number of awards, individually and together, for their work—including, most recently, the University of Hawaii Chancellor’s Award for Teaching Excellence. Nagurney says he plans to gamify other courses he teaches as well—but also that he’ll take it slow. “Redesigning the course material is a big time commitment,” he admits, “but the results are worth it.”

Thirteen of North America’s most innovative professors want to share classroom tips and tricks with you. Download our exclusive e-book now.