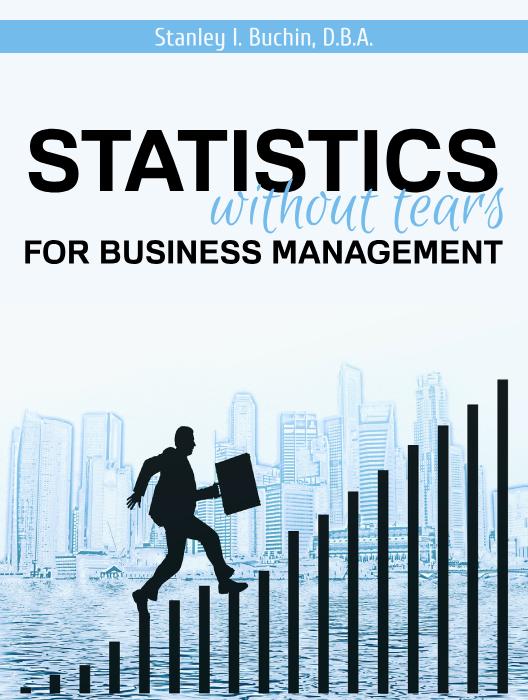 Statistics Without Tears for Business Management

This text presents a different approach to statistical analysis that avoids the headaches of math-intensive techniques in favor of graphics and computer programs.

Chapter 1: Are we Measuring the Right Thing?

​In this textbook we will examine how numbers are used in life and more specifically, in business for three major purposes:

·         Forecast of the future, particularly of sales revenue and operating costs

·         Understanding of the present, particularly of the marketplace

We will try to give you a balanced view of how much to rely on the numbers in formulating judgments.  In this modern age of computers and analytical models, it is particularly challenging to decision makers to determine what the statistical analyses mean and how much weight they should be given in the decision-making process.

In the past ten years, we have seen statistical analysis go from the research laboratory and quality control department to battlefield management, Wall Street investment and management of major league sports teams.  Added to this has been the capability to gather enormous amounts of data potentially relevant to solving a problem.

The key question remains:  Which of the data is, in fact, relevant to solving the problem?

Even after finding such relevant data, what do these data mean? This is a particular problem to those who are trying to compare an individual’s or organization’s performance with that of another individual or organization, particularly

​1. If both individuals or organizations had a different number of opportunities to perform

Consider, for example, two baseball players, Smith and Jones. During the past season, Smith made 200 hits and Jones 150 hits.

Which of the two was a better hitter?

You might argue that Smith was better, since he made more hits, but what if the two were up at bat different numbers of times, as follows:

But, would you really prefer to have Smith on your team rather than Jones?  Most experts would probably prefer Jones as a more consistent hitter (although he/she may be more injury-prone).

And the problem gets more complex, since we will also want to know if Smith and Jones are getting better or worse in comparison with their past seasons.

2. If both organizations being compared were of different sizes


Consider, for example, the safety records of two departments in a hotel last year.

Which department had the worse safety record?

​Challenge to the Statistician and Decision Maker Being Supported

​This creates a great challenge to the statistician to be sure he/she is measuring and analyzing the right thing. The analytical programs used for statistical analysis don’t “know” what the data is being analyzed. The statistician and the decision maker being supported have the responsibility to select the right data to measure and analyze. If the wrong data is measured and analyzed, we have a prime example of GIGO’s Law, that is, Garbage In and Garbage Out.

​Help me improve this book

What do you think would make this chapter better?

[i] Image courtesy of SecondPrint Productions on Flickr (From Flickr; description page is (was) here) [CC BY 2.0], via Wikimedia Commons