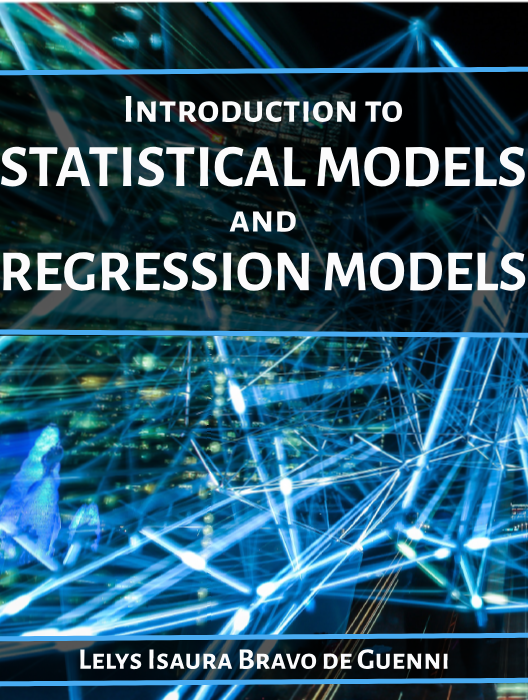 This book is an introduction to the main methods used in Statistical Inference and Regression Analysis, using real life examples and a statistical package outputs.

​​Statistics is taking a leading role in science and technology. Karl Pearson, a very important British Matemathician  (1857 -1936) quoted the following: "statistics is the grammar of science".  Good science can not be written without a good statistical analysis in support of the scientific findings.

Image courtesy of Pixabay under CC0 1.0 by Creative Commons.

Major activities in Statistics  are:

There was a ​strong motivation  to make sense of large amounts of data collected by population surveys in the new states in Europe during the 1600’s.

Mathematical foundations of Statistics advanced significantly thanks to advances in Probability Theory (inspired by games of chance and gambling).

For more information about the History of Statistics: Johnson and Kotz (1998) and Kotz and Johnson (1993).

A nice summary of key dates can be found in this link.

You can check the following ​Bureau of Labor Statistics link:

Employment of statisticians is projected to grow 34 percent from 2014 to 2024:

A recent study by McKinsey Global Institute predicts that the United States will need vastly more professionals—between 140,000 and 190,000—with expertise in statistical methods by 2018.

The selection of an appropriate statistical technique ​depends on the  type of research, type of variables and the particular question your are trying to answer.

In most types of analysis you have a response or dependent variable and you have other variables called predictors.

Example: Relationship between alcohol consumption (Frequency of use) and body-mass index  [(weight in kg)/(height in m)2]

You want to understand the response variable y, as a function of the explanatory variable x

​ 1. Effect of a experimental diet (tannin content) on the caterpillar's growth

We can observe that ​when the Tannin concentration increases, the caterpillar growth slows down. The objective is to find a statistical model that describes this behavior in an optimal way.

Climate change has an important effect on many biological processes and life on earth. An example is the impact of climate change on the cod size caught.

Again we would like to have a model that is able to describe the impact of climate change on the code size.

This link has the full article on the impact of climate change on the fish size.

Types of Variables: Continuos or Categorical?

It is fundamental to recognize the types of variables we are dealing with and discern whether they are continuous or categorical:

Before you start your statistical analysis, try to answer the following questions:

A guide to the analysis

Here is a list of statistical methods you should use according to the data types you have available:

​We can mention three types of research depending on the nature of the observational units (or subjects):

Aim of the Analysis

A statistical analysis can be visualized into different steps:

Here are some principles proposed by Ocams ( 1287–1347) to be followed in statistical analysis:

Please note: This principle is a guide, not a rule

The following diagram shows the main categories for classifying the different types of data we normally work on in statistics. It is very important to identify the type of data we are going to work on, before we start any statistical analysis:

We classify the quantitative variable according to the data gappiness we find:

Other ways to classifying variables can be stated as follows:

Nominal Level: Categorical data only. Data can not be arranged in order.

Ordinal level: Data can be arranged in order. Differences are meaningless.

Interval Level: Like Ordinal data but differences are meaningful. There is no natural zero starting point.

Classify the following variables according to the level of measurement

Age of an individual

GPA of a college student

Income earned in a week

Number of miles walked in a day

Final Grade in a class

This refers to the role a variable might play in a given statistical analysis. We can distinguish three main groups:

For more information on this example you can see the following  link.

Social security number can be classified as