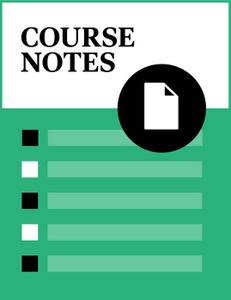 A handout on ethics and social responsibility, featuring miniature case studies on Tesla and Volkswagen.

Why learn about ethics and social responsibility?

Generally speaking, students believe that there are two primary reasons to act ethically:

Neither of these is a bad reason to apply principles of ethics and social responsibility, but it is worth considering another reason, as well. In most cases strong ethical behavior leads to strong business results. Behaving ethically is actually good business. Let’s look at two different auto companies whose track records on ethical behavior have had very different outcomes.

Tesla Motors was founded in 2003 by a group of engineers who wanted to prove that electric cars could be better than gasoline-powered cars. They hoped to build cars that wouldn’t require the tradeoffs in power and comfort of electric cars in the past. The founders pledged that each new generation of cars would be increasingly affordable, helping the company work toward its mission: to accelerate the world’s transition to sustainable transport.[1]

In order to design and build luxury electric cars, Tesla invented a number of new technologies that it patented in order to protect its competitive advantage. In June 2014 the company announced that it was releasing access to all of its patents, making its technological advances open to competitors and inventors. In the announcement, company CEO Elon Musk said, “Tesla Motors was created to accelerate the advent of sustainable transport. If we clear a path to the creation of compelling electric vehicles, but then lay intellectual-property land mines behind us to inhibit others, we are acting in a manner contrary to that goal. Tesla will not initiate patent lawsuits against anyone who, in good faith, wants to use our technology.”[2]

Tesla has a mission with an emphasis on social responsibility; it strives to develop products that have both a societal and economic benefit.  Industry analysts and consumers alike see this as a distinct advantage in the marketplace. Investment analyst Seeking Alpha explains:

"Companies like Toyota Motor and Honda are already pushing for gas-less cars and more and more efficiency from their cars. Tesla is not single-handedly pushing this, but it is part of the overall push to improve one of the most important aspects of our country—how we envision the car. Yet, the company extends beyond this—challenging how we vision luxury, how we understand how to build a car, and what the future electric grid could look like." [3]

The car company Volkswagen (which is part of the larger Volkswagen Group) does not have a formal mission statement, but its goal is “to offer attractive, safe, and environmentally sound vehicles that can compete in an increasingly tough market and set world standards in their respective class.”[4]

In September 2015, the Environmental Protection Agency announced that Volkswagen had installed special software in its cars to manipulate emissions levels (making it appear that the cars are less polluting than they are). A week later Volkswagen disclosed that 11 million diesel vehicles contained the devices, and CEO Martin Winterkorn resigned. The price of Volkswagen stock plunged—losing 30 percent of its value overnight—and the company scrambled to understand what had happened and control the damage to its reputation.

In the months following the discovery of the deceptive devices, investigators identified a team of Volkswagen employees who had hatched the plan and implemented it over a number of years. An internal evaluation identified a “culture of tolerance” for rule breaking at the company. It also came to light that Volkswagen’s emphasis on “results at any cost” had contributed to the breach in ethical standards. Industry experts believe that the company’s violation of consumers’ trust will be will be exceedingly difficult to repair and that it may take years to rebuild the Volkswagen brand.

Why It Matters: Ethics and Social Responsibility. Provided by: Lumen Learning. License: CC BY: Attribution.