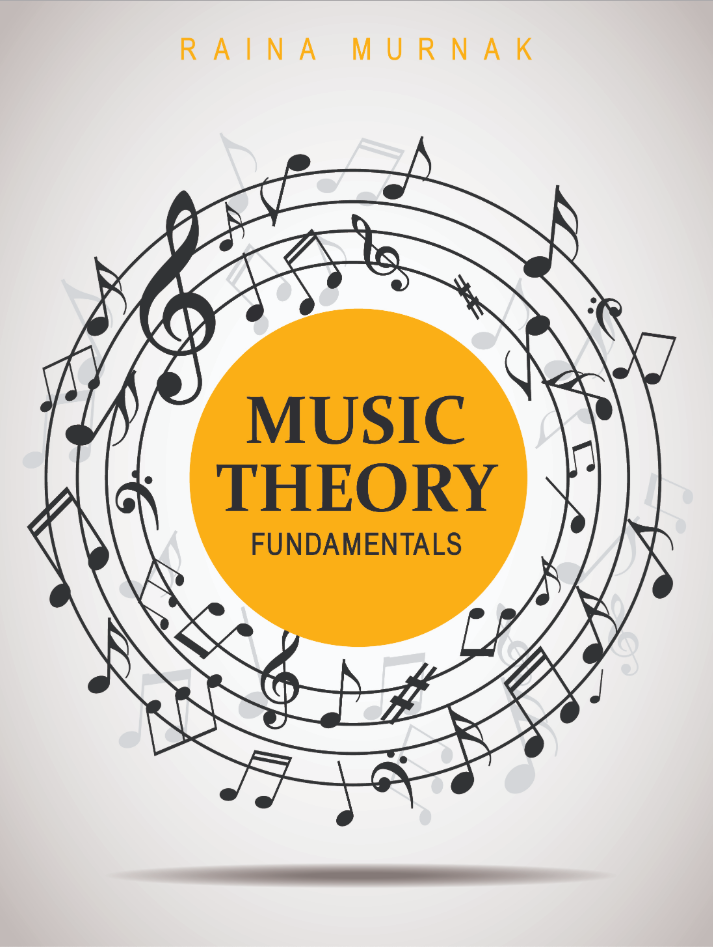 With this book, you will learn about notation, chords, scales, intervals, key signatures, meter, rhythm and harmonic progression using fun and easy to understand videos, illustrations and interactive questions.

Hello and welcome to MUSIC THEORY FUNDAMENTALS… where the fun begins.  I am Dr. Raina Murnak and I will be your tour guide on your musical journey.  In this course you will become fluent in the building blocks essential to creating and understanding music.

At each step along the way, it is crucial to completely master each topic before moving on.  This way, you are building a solid foundation for later musical learning.  Music theory is a misnomer in some respects in that it has traditionally been taught passively and treated by students as the ‘math of music- detached from playing and experience’.  I want you to dispel this from the start by making this a music PRACTICE.  Everything we cover should be reinforced by practicing it on the piano, playing it on your own instrument and by singing.  By doing so, you are creating a vibrant and conscious connection between what you hear or play and what you can musically explain and know.  At each chapter end, you will have a set of questions testing your mastery of each topic.

Additionally I will illustrate concepts with both art and short videos demonstrating pertinent musical examples.  Now let’s build a solid foundation together.

The piano keyboard is a very useful instrument in demonstrating musical theory concepts due to its linearity  (there are infinite ways to voice chords on the guitar) and ability to play multiple notes at once to create harmony (one cannot play a 'chord' on a single note instrument like a flute).  For this reason, use the picture of the piano keyboard below as a reference for the concepts presented in this book.  You will find it useful in such activities as counting half-steps, creating scales and building chords.

The skill of reading music is similar to the skill of reading language.  In both cases, we must start by understanding how small elements combine to  form larger units.  In learning to read language, we must first learn the alphabet.  Similarly in music, we have notes named for the first seven letters of the alphabet.  A, B, C, D, E, F, G and then starting over at A once again.  These letters live on the MUSICAL STAFF which consists of FIVE LINES and FOUR subsequent SPACES.  Depending on which CLEF we are to use, the staff takes on different musical letters.

First, let’s practice something a little abstract.  If I were to ask you to count by even numbers, that would be easy: 2,4,6,8 etc.  In music, we often must know how to count by skipping letters.  This is something referenced later  when we will learn how to make chords. For now however, this will  help us learn the notes of the staff.

Let’s practice this and start at A, skipping letters until we are again at A:

Can we try that again a little faster?

Good!  I want you to practice this on your own until it starts to flow easily.  Now let’s take a look at the staves and clefs.

Our two most common clefs, the ones you have already encountered if you currently play an instrument or sing, are the TREBLE and BASS clef.

The TREBLE CLEF, when placed on a staff, houses higher notes than the BASS CLEF.  If you play piano, you are playing from the GRAND STAFF- a combination of these two to house a large range of notes.

Notice how these two staves basically hug Middle C. Despite the space you see in the piano staff below, there are only three notes there: B, C and D.  Notice how Middle C can live either in the Bass clef or the Treble clef but it is the same actual note.

NOTES OF THE GRAND STAFF

Let’s first learn the notes of the TREBLE, which you learned first perhaps playing recorder in grade school.  The first or bottom line represents the E above middle C.  Starting on this first line, let’s skip letters up and label the lines of the TREBLE CLEF:  E  G  B  D  F.  Do you remember any pneumonic devises or anagrams for this from grade school?   Every Good Boy Does Fine comes to mind.  You can feel free to make your own.

If we look at the letters we skipped, or the spaces, you can see it spells the word FACE.  Memorize these notes on the staff and play them on the piano, or use the reference piano keyboard so you can see where they lie.

NOTES ON THE STAFF QUESTIONS 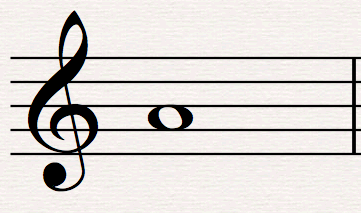 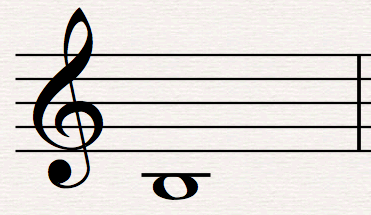 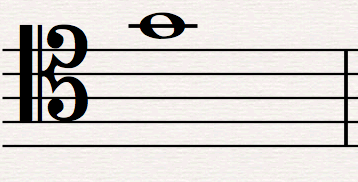 A semitone is another word for a half step.

Looking at a piano keyboard, each successive note is a half step away, playing white and black keys consecutively.

Also, two half steps added together equal a whole step.  We will delve further into half and whole steps when we learn about scales.

In a later chapter, you will hear what these intervals sound like and listen to the consonance, dissonance and space created between any two given notes.

Accidentals refers to SHARPS and FLATS.  They are represented by symbols:

To show this in a more physical way, let’s step inside the  ACCIDENTAL ELEVATOR.

We label notes depending on many different musical factors using sharps or flats.

Let’s look at the piano keyboard and sing up the notes using sharps when necessary at the black keys.  We are singing a CHROMATIC SCALE which goes through each half step within the Octave.

You might have noticed that each of these black keys had two names.  These are called ENHARMONIC EQUIVALENTS 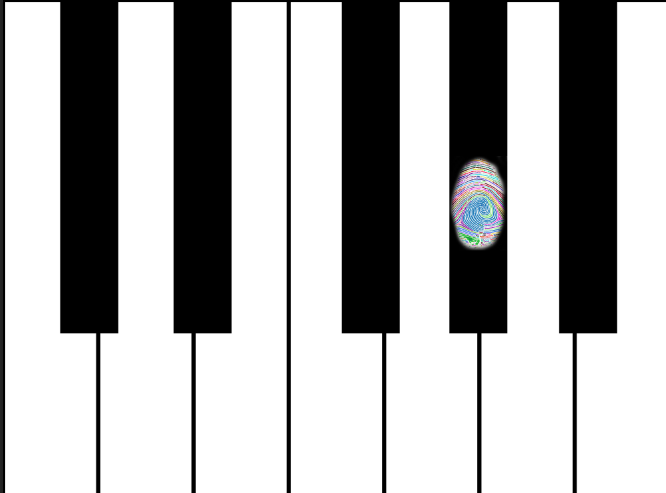 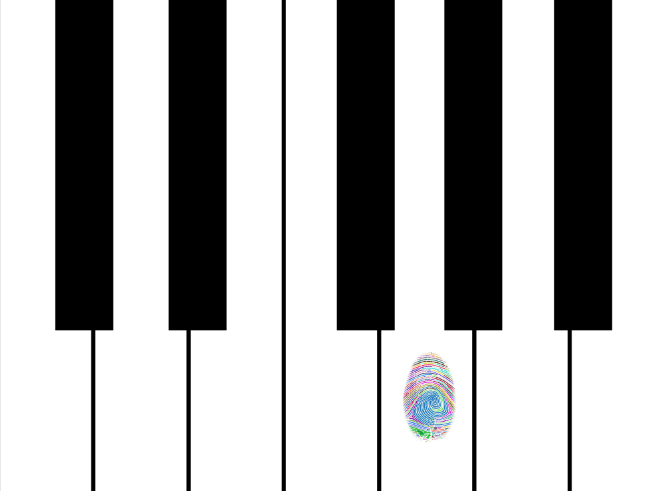 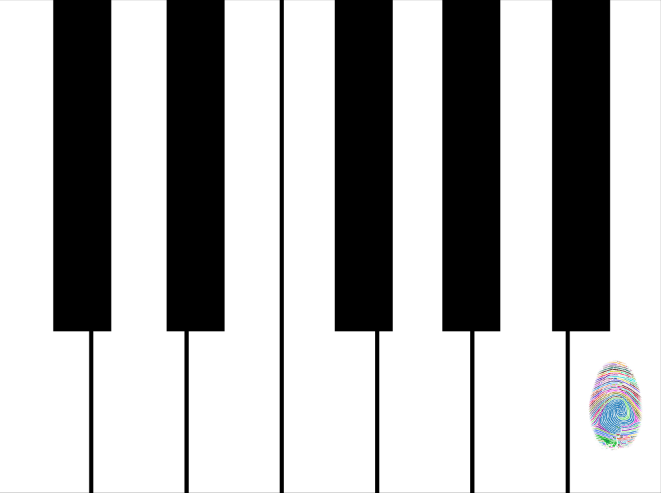 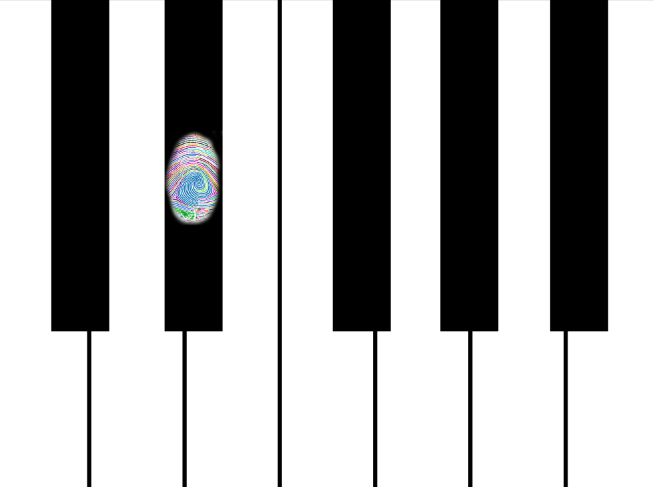 1.2.6 Produced and Provided by the Author/Microsoft Word

1.2.7 Produced and Provided by the Author/Microsoft Word

1.2.8 Produced and Provided by the Author/Microsoft Word

1.2.9 Produced and Provided by the Author/Microsoft Word

1.3.3 Produced and Provided by the Author/Microsoft Word

1.3.4 Produced and Provided by the Author