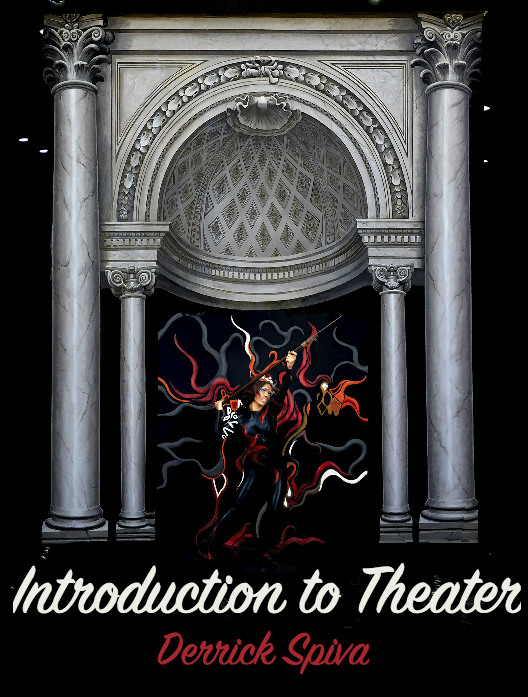 Enhance the student's ability to enjoy, appreciate and communicate the aesthetic principles of theatre as a collaborative and necessary art form.

“The Show Must Go On”

And so it does.  Theater has been around since the beginning of time in one form or another. All cultures have a common thread and that is theater.  Whether it is on a traditional stage, in the village to commemorate an important milestone or occasion, in traveling venues, theater displays morals.  How we live as a culture, our modern times and our past, theater explores what it means to be a human being on this planet with its challenges, struggles rewards and celebrations.  Theater explores the world of art, politics, and society regardless of what country or nationality you belong or ascribe.  Theater teaches us how we live, love, change and grow. It has been a part of revolutions both cultural and political. It is a vehicle for exploring and experiencing worlds of art, history and technology. Theater has been a foundation for many religious figures, philosophers, leaders, intellectuals and just plain folks.  As for almost any place in the world, a stage has been created to express the human soul/spirit in the form of acting and portraying depicting the heart of humankind. From the playwright, director to the actor, the designer, stage craft artists of all kinds, the expression of the soul through live performance has brought new awareness to its audience of what it means to be alive and more importantly what it means to be human.  Day by day it goes on and on as we explore new worlds on the universal stage.

It's alive!  Yes theater is living and ever changing. Through the eyes and consciousness of its creators that bring the play to life on stage, theater remains a living ever changing art form.  Some may aptly use the term “ephemeral”.

I have been a part of many productions, both on and off the stage and watched artists behind the scenes and on the stage work toward a common goal, to prepare a show for the audience to witness and experience. A living, breathing,  creative work of art that is present  and in the moment. To see many artists after closing night with tears in their eyes as they know the production is coming to an end; the play is a “moment in life” captured. Theater can be said to be a temporal art form. Much like the sand “Mandela” that was created with much effort and then removed. It is only temporary as the sand is removed symbolizing the ephemeral nature of life.  Theater may not be to that extreme but it is an art form that is intended to exist for a moment in time bringing unique experience and perspective to the audience.

Theater, through its collaboration with writers, designers, technicians, and actors works in synchronization to create an experience on the stage when the clarity of living comes together.

A quality production connects and communicates to an audience thoughts, feelings and commentary through a theater production. Whether they understand the technical complexities behind the scenes or not, they experience an expression of the soul interpreted by a collective comprised of creative individuals who’s job is to express life in a theatrical form. This anthology is a slice of theater and therefore ultimately, a book about ourselves.

Given the limited resources, this anthology is a small sample representative of literally thousands of wonderful plays by outstanding playwrights. It’s purpose is to just give a glimpse at a culturally diverse collection of plays that loosely come together to represent slice of the American theater.