As undergraduate science courses go, organic chemistry has a terrible reputation—and Neil Garg is on a mission to rehabilitate it.

The word on campus, every campus, is the same: organic chemistry is extremely complex and impossible to understand. It’s filled with indecipherable molecular diagrams that STEM students deem irrelevant to the rest of their studies. It’s often considered a “weed-out course” for students trying to get into medicine: flunk it and you’ll never get into med school. But its worst rap, says Garg, a chemistry prof at UCLA, is “that it’s all memorization, and that rote memory is the only way to get through the course.”

This is an odd reputation for a course that’s ultimately about the chemical reactions that animate daily life, from the pesticides in our food to the neural processes in our bodies. And that’s where Garg’s solution lay: By giving students examples of organic reactions in everyday life, he helped them make connections between abstract molecular graphics and things they’d see out in the world. 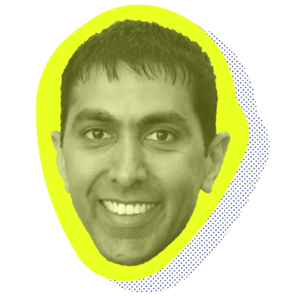 BACON doesn’t push students to solve complex problems. It’s really about engaging them and making them want to learn more about it.

Garg developed an online tutorial called BACON, short for Biology and Chemistry Online Notes, as a supplement to the packed lectures of every organic chemistry course. BACON makes complicated ideas familiar—for example, it might link the Diels-Adler reaction to common medicines, or connects enols and tautomers to memorable episodes of crime shows like CSI or Law & Order.

Garg’s evangelism for the subject is limitless. BACON is available to any university professor who wants to use it. And he is a key contributor to an online organic chemistry textbook, authored by Steven Forsey at the University of Waterloo and sold on the Top Hat Content Marketplace, providing the BACON-esque “keeping it real” sections for each chapter.

“BACON is about making sure students realize how powerful organic chemistry is,” says Garg. “BACON doesn’t push students to solve complex problems. It’s really about engaging them and making them want to learn more about it.”

And once STEM students develop some enthusiasm for the subject, says Garg, their thinking and learning shifts from memorization to problem-solving—which, says Garg, is what organic chemistry is really all about. 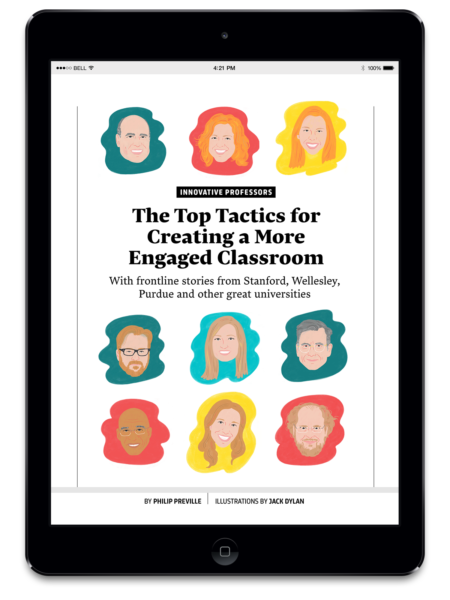 Thirteen of North America’s most innovative professors want to share more classroom tips and tricks with you.

Philip Preville is an award-winning journalist and a former Canadian Journalism Fellow at Massey College at the University of Toronto. He’s currently a member of the Professional Advisory Council with the Department of English at Ryerson University.