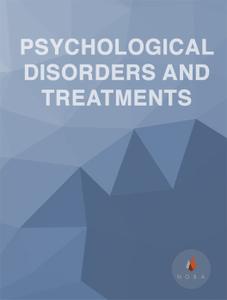 A textbook on various different psychological disorders from the Noba Project.Download EPUB

​By Cristina Crego and Thomas Widiger
University of Kentucky

​Everybody has their own unique personality; that is, their characteristic manner of thinking, feeling, behaving, and relating to others (John, Robins, & Pervin, 2008). Some people are typically introverted, quiet, and withdrawn; whereas others are more extraverted, active, and outgoing. Some individuals are invariably conscientiousness, dutiful, and efficient; whereas others might be characteristically undependable and negligent. Some individuals are consistently anxious, self-conscious, and apprehensive; whereas others are routinely relaxed, self-assured, and unconcerned. Personality traits refer to these characteristic, routine ways of thinking, feeling, and relating to others. There are signs or indicators of these traits in childhood, but they become particularly evident when the person is an adult. Personality traits are integral to each person’s sense of self, as they involve what people value, how they think and feel about things, what they like to do, and, basically, what they are like most every day throughout much of their lives.

There are literally hundreds of different personality traits. All of these traits can be organized into the broad dimensions referred to as the Five-Factor Model (John, Naumann, & Soto, 2008). These five broad domains are inclusive; there does not appear to be any traits of personality that lie outside of the Five-Factor Model. This even applies to traits that you may use to describe yourself. Table I provides illustrative traits for both poles of the five domains of this model of personality. A number of the traits that you see in this table may describe you. If you can think of some other traits that describe yourself, you should be able to place them somewhere in this table.

​When personality traits result in significant distress, social impairment, and/or occupational impairment, they are considered to be a personality disorder (American Psychiatric Association, 2013). The authoritative manual for what constitutes a personality disorder is provided by the American Psychiatric Association’s (APA) Diagnostic and Statistical Manual of Mental Disorders (DSM), the current version of which is DSM-5 (APA, 2013). The DSM provides a common language and standard criteria for the classification and diagnosis of mental disorders. This manual is used by clinicians, researchers, health insurance companies, and policymakers. DSM-5 includes 10 personality disorders: antisocial, avoidant, borderline, dependent, histrionic, narcissistic, obsessive-compulsive, paranoid, schizoid, and schizotypal. All 10 of these personality disorders will be included in the next edition of the diagnostic manual, DSM-5.

​It is quite possible that in future revisions of the DSM some of the personality disorders included in DSM-5 and DSM-IV-TR will no longer be included. In fact, for DSM-5 it was originally proposed that four be deleted. The personality disorders that were slated for deletion were histrionic, schizoid, paranoid, and dependent (APA, 2012). The rationale for the proposed deletions was in large part because they are said to have less empirical support than the diagnoses that were at the time being retained (Skodol, 2012). There is agreement within the field with regard to the empirical support for the borderline, antisocial, and schizotypal personality disorders (Mullins-Sweat, Bernstein, & Widiger, 2012; Skodol, 2012). However, there is a difference of opinion with respect to the empirical support for the dependent personality disorder (Bornstein, 2012; Livesley, 2011; Miller, Widiger, & Campbell, 2010; Mullins-Sweat et al., 2012).

To the extent that one considers the DSM-5 personality disorders to be maladaptive variants of general personality structure, as described, for instance, within the Five-Factor Model, there would be a considerable body of research to support the validity for all of the personality disorders, including even the histrionic, schizoid, and paranoid. There is compelling multivariate behavior genetic support with respect to the precise structure of the Five-Factor Model (e.g., Yamagata et al., 2006), childhood antecedents (Caspi, Roberts, & Shiner, 2005), universality (Allik, 2005), temporal stability across the lifespan (Roberts & DelVecchio, 2000), ties with brain structure (DeYoung, Hirsh, Shane, Papademetris, Rajeevan, & Gray, 2010), and even molecular genetic support for neuroticism (Widiger, 2009).​

​Personality disorders are relatively unique because they are often “ego-syntonic;” that is, most people are largely comfortable with their selves, with their characteristic manner of behaving, feeling, and relating to others. As a result, people rarely seek treatment for their antisocial, narcissistic, histrionic, paranoid, and/or schizoid personality disorder. People typically lack insight into the maladaptivity of their personality.

The presence of a personality disorder will often have an impact on the treatment of other mental disorders, typically inhibiting or impairing responsivity. Antisocial persons will tend to be irresponsible and negligent; borderline persons can form intensely manipulative attachments to their therapists; paranoid patients will be unduly suspicious and accusatory; narcissistic patients can be dismissive and denigrating; and dependent patients can become overly attached to and feel helpless without their therapists.

It is a misnomer, though, to suggest that personality disorders cannot themselves be treated. Personality disorders are among the most difficult of disorders to treat because they involve well-established behaviors that can be integral to a client’s self-image (Millon, 2011). Nevertheless, much has been written on the treatment of personality disorder (e.g., Beck, Freeman, Davis, & Associates, 1990; Gunderson & Gabbard, 2000), and there is empirical support for clinically and socially meaningful changes in response to psychosocial and pharmacologic treatments (Perry & Bond, 2000). The development of an ideal or fully healthy personality structure is unlikely to occur through the course of treatment, but given the considerable social, public health, and personal costs associated with some of the personality disorders, such as the antisocial and borderline, even just moderate adjustments in personality functioning can represent quite significant and meaningful change.

Nevertheless, manualized and/or empirically validated treatment protocols have been developed for only one personality disorder, borderline (APA, 2001).

​Dialectical behavior therapy (Lynch & Cuyper, 2012) and mentalization therapy (Bateman & Fonagy, 2012): Dialectical behavior therapy is a form of cognitive-behavior therapy that draws on principles from Zen Buddhism, dialectical philosophy, and behavioral science. The treatment has four components: individual therapy, group skills training, telephone coaching, and a therapist consultation team, and will typically last a full year. As such, it is a relatively expensive form of treatment, but research has indicated that its benefits far outweighs its costs, both financially and socially.

Of course, this diagnostic overlap and complexity did not prevent researchers and clinicians from developing dialectical behavior therapy and mentalization therapy. A further reason for the weak progress in treatment development is that, as noted earlier, persons rarely seek treatment for their personality disorder. It would be difficult to obtain a sufficiently large group of people with, for instance, narcissistic or obsessive–compulsive disorder to participate in a treatment outcome study, one receiving the manualized treatment protocol, the other receiving treatment as usual.​

​It is evident that all individuals have a personality, as indicated by their characteristic way of thinking, feeling, behaving, and relating to others. For some people, these traits result in a considerable degree of distress and/or impairment, constituting a personality disorder. A considerable body of research has accumulated to help understand the etiology, pathology, and/or treatment for some personality disorders (i.e., antisocial, schizotypal, borderline, dependent, and narcissistic), but not so much for others (e.g., histrionic, schizoid, and paranoid). However, researchers and clinicians are now shifting toward a more dimensional understanding of personality disorders, wherein each is understood as a maladaptive variant of general personality structure, thereby bringing to bear all that is known about general personality functioning to an understanding of these maladaptive variants.​

Do you think that any of the personality disorders, or some of their specific traits, are ever good or useful to have?

A pervasive pattern of disregard and violation of the rights of others. These behaviors may be aggressive or destructive and may involve breaking laws or rules, deceit or theft.

A pervasive pattern of social inhibition, feelings of inadequacy, and hypersensitivity to negative evaluation.

A pervasive pattern of instability of interpersonal relationships, self-image, and affects, and marked impulsivity.

A pervasive and excessive need to be taken care of that leads to submissive and clinging behavior and fears of separation.

Five broad domains or dimensions that are used to describe human personality.

A pervasive pattern of excessive emotionality and attention seeking.

A pervasive pattern of grandiosity (in fantasy or behavior), need for admiration, and lack of empathy.

A pervasive pattern of preoccupation with orderliness, perfectionism, and mental and interpersonal control, at the expense of flexibility, openness, and efficiency.

A pervasive distrust and suspiciousness of others such that their motives are interpreted as malevolent.

Characteristic, routine ways of thinking, feeling, and relating to others.

A pervasive pattern of detachment from social relationships and a restricted range of expression of emotions in interpersonal settings.

A pervasive pattern of social and interpersonal deficits marked by acute discomfort with, and reduced capacity for, close relationships as well as perceptual distortions and eccentricities of behavior.​

American Psychiatric Association (2012). Rationale for the proposed changes to the personality disorders classification in DSM-5. Retrieved from http://www.dsm5.org/ProposedRevision/Pages/PersonalityDisorders.aspx.

Gunderson, J. G. (2010). Commentary on “Personality traits and the classification of mental disorders: Toward a more complete integration in DSM-5 and an empirical model of psychopathology.” Personality Disorders: Theory, Research, and Treatment, 1, 119–122.

Livesley, W. J. (2011). Confusion and incoherence in the classification of personality disorder: Commentary on the preliminary proposals for DSM-5. Psychological Injury and Law, 3, 304–313.

Tom Widiger is the T. Marshall Hahn Professor of Psychology at the University of Kentucky. He is the recipient of the Distinguished Scientist Award from SSCP, the Joseph Zubin Award from SRP, and the Senior Investigator Award from NASSPD, for his research on the classification of psychopathology.​

​Personality Disorders by Cristina Crego and Thomas Widiger is licensed under a Creative Commons Attribution-NonCommercial-ShareAlike 4.0 International License. Permissions beyond the scope of this license may be available in our Licensing Agreement.​

How to cite this Noba module using APA Style