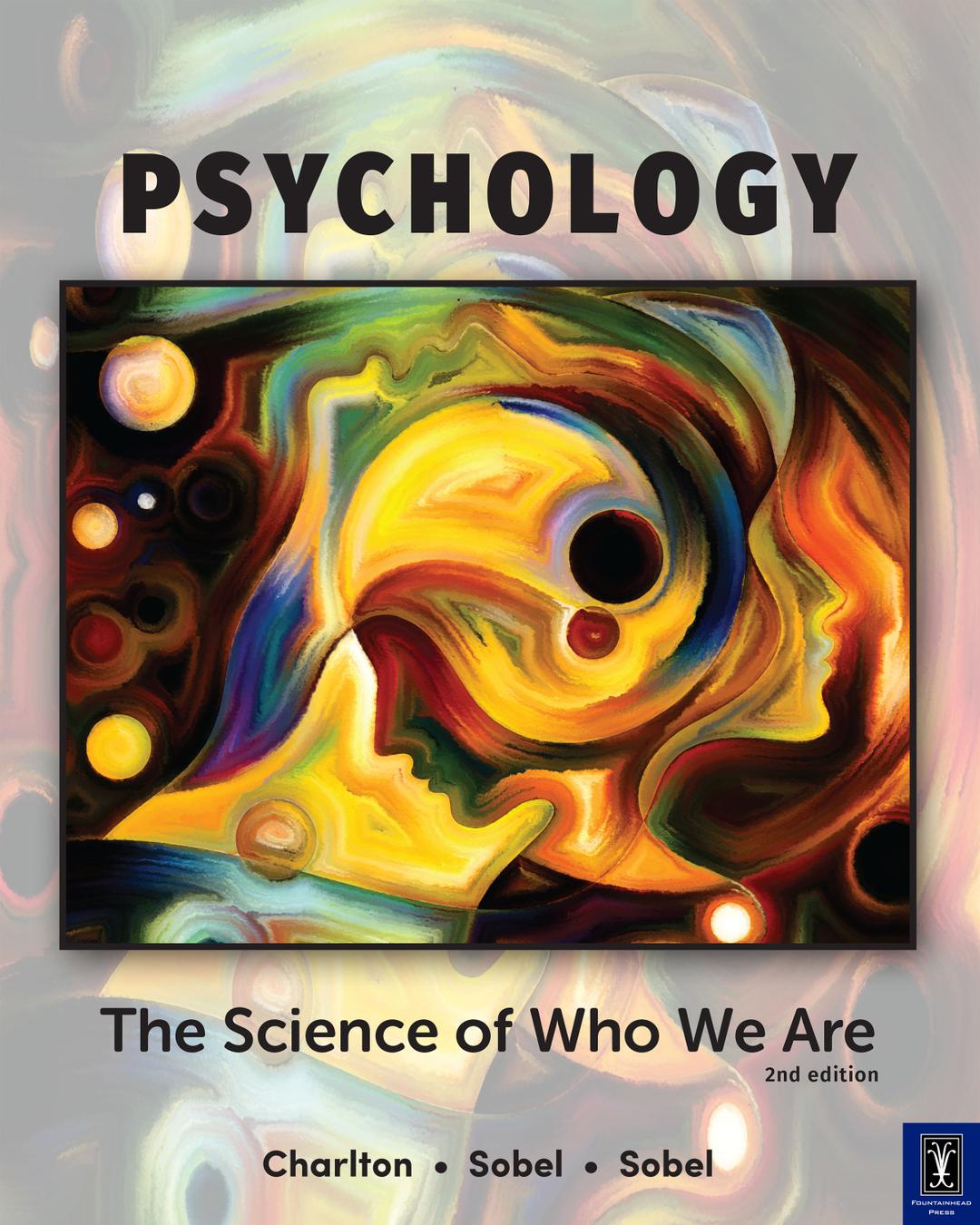 Psychology: The Science of Who We Are, Second Edition

Fountainhead Press - Psychology: The Science of Who We Are presents an overview of the major ideas and themes of modern psychology studied in introductory and general psychology courses. With an emphasis on real-life applications of psychological theories and concepts, Shawn Charlton, Susan Sobel, and Ken Sobel offer not only the structure and history of psychology but also explain such concepts through relatable examples and common experiences.

Comparison of Introduction to Psychology textbooks.

Consider adding Fountainhead Press’s Psychology, Second Edition, in the Top Hat platform, to your upcoming course. We’ve put together a textbook comparison to make it easy for you in your upcoming evaluation.

Psychology:
The Science of Who We Are
(2nd Edition) Charlton, Sobel & Sobel

Content meets standard for introductory psychology. Constantly revised and updated by a community of professors with the latest content.

Available only with
supplementary resources at additional cost

﻿Psychology: The Science of Who We Are
(2nd edition)

This Introductory textbook program presents an overview of the major ideas and themes of modern psychology studied in general psychology courses. It includes real-life applications of theories and concepts explaining the structure and history of psychology through relatable examples and common experiences.

This book aims to build a solid foundation of knowledge for students that choose to transition into more advanced psychology courses. It makes topics understandable and lucid to the learner, aids the instructor in their tasks: succinctly, accurately and in an interesting way.

Shawn R. Charlton earned a B.A. in psychology from Utah State University (2001) in Logan, UT, and both an M.S. (2003) and Ph.D. (2006) in experimental psychology from the University of California, San Diego. His interest in psychology was planted through conversations with his father, Robert Charlton, Ph.D., a Clinical and School psychologist. It took two years living in Santiago, Chile, for this interest to blossom into a full passion for understanding the role of the environment in shaping our behavior. This interest has become a research and teaching program focused on the evolutionary and environmental events that shape decisions. Dr. Charlton is an advocate for undergraduate research and for supporting career development among undergraduates. Dr. Charlton spends his free time playing, laughing, and travelling with his wife, Veda, and three children, Ashlin, Jaxon, and Jeron.

Ken Sobel earned a B.S. in electrical engineering from Carnegie Mellon University in Pittsburgh, PA, then an M.S. in information science from the University of Pittsburgh. While at Pitt, he became interested in cognitive science, which explores the interaction between human brains and minds from several perspectives, including computer science, philosophy of mind, and cognitive psychology. Seeking to extend his training in cognitive science, he next earned an M.A. in philosophy from the University of Wyoming and a Ph.D. in cognitive psychology from Vanderbilt University. Dr. Sobel has been a professor at the University of Central Arkansas since 2005, where he studies human attention and perception, and in his free time enjoys riding his bicycle when the weather isn’t too hot.

Susan Sobel earned a B.A. in psychology from Gustavus Adolphus College and a Ph.D. in clinical psychology from the University of Wyoming. In order to open up more professional opportunities, she obtained an Ed.S. in School Psychology from Middle Tennessee State University. Dr. Sobel has worked in community and school-based mental health, private practice, and as a professor of school psychology. She joined the Counseling Center staff at the University of Central Arkansas in 2013 and has been the director since 2014. Her interests outside of psychology include reading, travel, and watching her daughter play softball.

This Content is Locked
Only a limited preview of this text is available. You'll need to sign up to Top Hat, and be a verified professor to have full access to view and teach with the content.