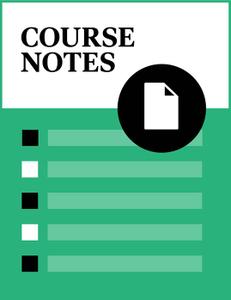 Positivist and Non Positivist Paradigm of Research as a Generating Knowledge

Reading this Topic, the student will able to

The positive paradigm is based on the philosophical ideas of the French philosopher August Comte. Emphasized observation and reason are means of understanding human behavior. True knowledge is based on experience of senses and can be obtained by observation and experiment. Verified data (positive facts) received from the senses are known as empirical evidence. Thus positivism is based on empiricism. Positive knowledge is based on natural phenomena and their properties and relations, interpreted through reasons and logical observation. Positivist thinkers adopt scientific method as a means of knowledge generation. Hence it has to be understood within the frame work of the principles and assumptions of science. Positivism holds that valid knowledge is found only in derived knowledge or exclusive source/authoritative knowledge.

The ultimate goal of science is to integrate and systematize finding in to a meaning full pattern or theory which is regarded as tentative and not the ultimate truth. Theory is subject to revision and modification as new evidence is found. Positive paradigm thus systematizes the knowledge generation process with the help of quantification, which is essentially to enhance precision in the description of parameters and discernment of the relationship among them.

In educational research, the type of research such as Quantitative, surveys, longitudinal, cross-sectional, correlational, experimental, quasi-experimental and ex-post facto research are the examples of positivism (Relationship between students’ motivation and their academic achievement, Effect of intelligence on academic performance of primary school learners). Although positive paradigm continued to influence educational research for a long time in the latter half of 20th century, it was criticized due to its lack of regards for the subjective states of individuals. It regards human behavior as passive, controlled and determined by external environment. Hence human beings are dehumanized without their intention, individualism and freedom taken in to account in viewing and interpreting social reality.

According to the critics of this paradigm, objectivity needs to be replaced by subjectivity in the process of scientific enquiry. This gives rise to non positivism or naturalistic enquiry.

Exponent of Non Positivism is Max Weber. Non positivists emphasized that social reality is viewed and interpreted by the individual himself/herself according to the ideological positions he/she possess. There for knowledge is personally experienced rather than acquired from or imposed from outside. The non positivist believes that reality is multi layered and complex and a single phenomenon is having multiple interpretations. They emphasize that the verification of a phenomenon is adopted when the level of understanding of a phenomenon is such that the concern is to probe into the various unexplored dimensions of a phenomenon rather than establishing specific relationship among the components, as it happens in the case of positivism. Non positivism is marked by three schools of thought. They are phenomenology, ethno methodology and symbolic interactionism. All these schools emphasize human interactions with phenomenon in their daily lives and suggest qualitative rather than quantitative approaches to social inquiry. Qualitative, biographical, phenomenological, ethnographical, case study approaches are the examples of non positive approaches (A study of drop out among the female students, A case study of open distance learning institutions in the country, A study of auto biography of a great statesman) The two paradigms presented here are concerned with two concept of social reality, while positivism stand for objectivity, measurability, predictability, controllability and construct laws and rules of human behavior, non positivist essentially emphasize understanding and interpretation of phenomena and making meaning out of this process.

Define concept of positivism in research

Differentiate between the Positivist and Non-Positivist Paradigm

Site an example for Positivist research