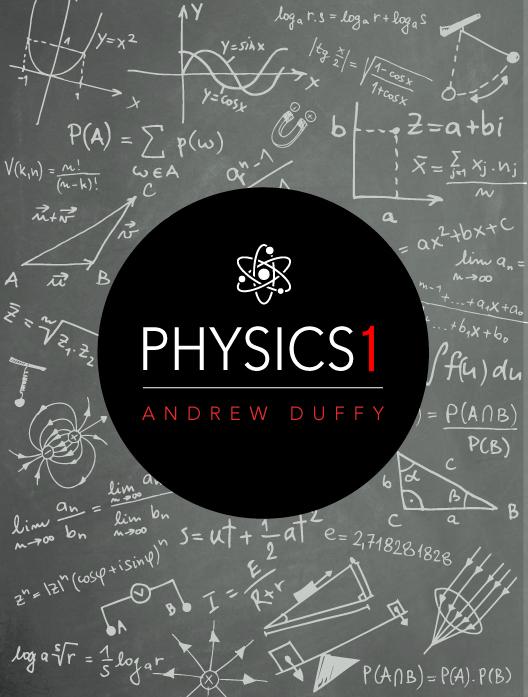 Physics 1 is an interactive e-book covering topics in a typical first-semester physics course, ranging from mechanics to thermodynamics.

Which object moves at constant speed?

When an object moves in 1-dimension at constant speed, it moves the same amount of distance for each time interval.

For example, if an object is moving at 5 meters/second, it moves 5 meters every second.

Speed is the magnitude of the rate of change in position.  An object's average speed can be calculated by dividing the distance traveled by the time interval in which the travel occurred:

Let's now practice identifying motion with another simulation. In this simulation, the dots are left behind at intervals of exactly 1.0 seconds.

Review the situation above and, for each object, use the pull-down menu to select the type of motion it is experiencing. Red:

Review the situation above and, for each object, use the pull-down menu to select the type of motion it is experiencing. Blue:

Review the situation above and, for each object, use the pull-down menu to select the type of motion it is experiencing. Black:

Use the simulation above to respond to the question below.

Speed vs. Velocity (What's the Difference?)

Until now, we have focused our discussion on speed.  However, in physics, we often are more concerned with velocity.  Begin this lesson by playing the animation below.

As you could see, the red object moves to the right while the blue object moves to the left.  Because they meet at the midpoint between their starting points, both objects are moving at the same speed.  However, each object has a different velocity.

Velocity combines speed and direction.  It includes how fast the object is going plus which direction it is moving.

For 1-dimensional motion, we can calculate average velocity by setting up a coordinate system (e.g., to the right is positive) and modifying the average speed equation:

Speed and velocity are examples of two different types of quantities - scalar and vector.

Let's apply this new idea to the animation above.

What is the velocity of the blue object?

What is the velocity of the red object?

When an object is moving at constant velocity, the position vs. time graph exhibits a linear relationship (the velocity is the slope of the graph). When the object starts at a point other than the origin, the position vs. time graph is still linear.  The only difference is that, at time = 0 s, the object is at a starting point other than the origin.  This shifts the line up or down depending on the starting location (x0).

In this case, the equation is slighly more complicated.  It still follows the general equation but the x0 does not equal zero.  For this data, the equation will be:

We have looked at position vs. time graphs. Before moving on to non-constant velocity, let's consider what the velocity vs. time graph will look like for the simulation you just looked at. 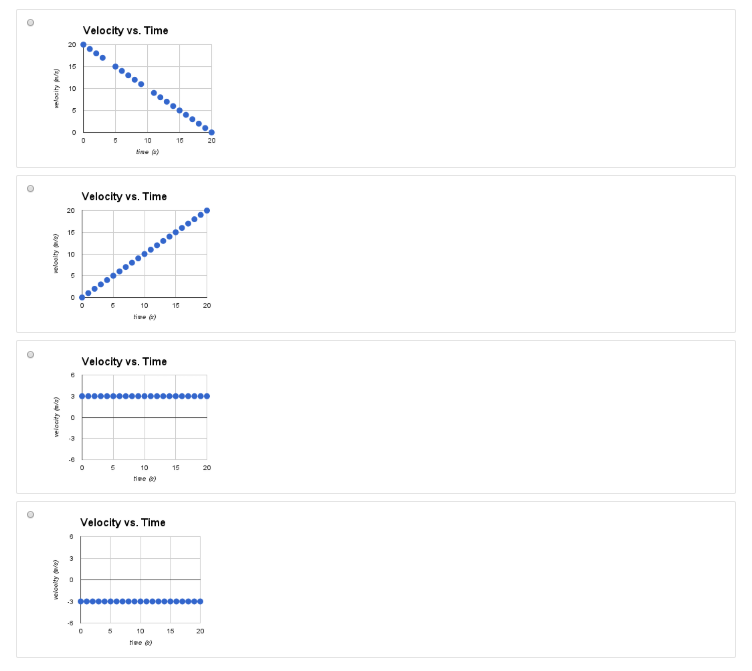 Because the object is moving at constant velocity, the graph should be a straight horizontal line, indicating the same velocity the whole time. Because the velocity is positive, the correct choice is the third one.

By now you have probably become familiar with using the average speed equation to calculate average speed.  For instance, professional sprinters can run 100 meters in 10 seconds.

You can also use the equation to determine change in position (∆x) or change in t (∆t):

The top runners in the Boston Marathon complete the 26.2 miles in about 2 hours and 10 minutes.

Professional sprinters can sprint at 10 m/s.

How far (in miles) would a professional sprinter travel if they could maintain the same speed for 2 hours and 10 minutes? _______ miles

How much time do they have before the trains collide? _______ hours

A video about speed and velocity