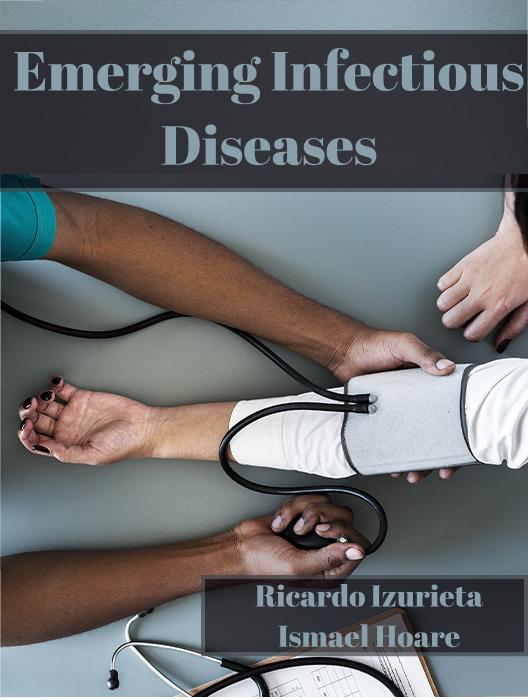 Historical Achievements in the Eradication, Elimination and Control of Infectious Disease

“Realizing what a deadly disaster had come to them, the people quickly drove the Italians from their city. But the disease (Plague or Black Death) remained, and soon death was everywhere. Fathers abandoned their sick sons. Lawyers refused to come and make out wills for the dying. Friars and nuns were left to care for the sick, and monasteries and convents were soon deserted, as they were stricken, too. Bodies were left in empty houses, and there was no one to give them a Christian burial”. “…[People] ate lunch with their friends and dinner with their ancestors in paradise." Giovanni Boccaccio in The Decameron. A description of the arrival of the Bubonic Plague to Florence in spring of 1348, which unleashed a rampage of death across Europe unprecedented in recorded history.

Our war against communicable diseases is longstanding and has had many battle fronts. The eradicaiton of smallpox, a viral agent, celebrated as one of the main events in the history of medicine and public health, also represents one of the milestones in the conquest of infectious diseases.  On November 20th, 2015, the Global Commission for the Certification of Poliomyelitis Eradication (GCC) concluded that wild poliovirus type 2 (WPV2) has been eradicated from the globe. Efforts are currently concentrated in the eradication of Poliovirus 1 and 3 with the launching of a new bivalent vaccine (i.e. a vaccine targeted against those two poliovirus serotypes). Dracunculosis, a parasitic disease also known as Guinea-worm Disease (GWD), is also in the process of being eradicated despite new challenges which have emerged in the form of animal reservoirs.  Malaria, another parasitic disease, has been successfully controlled or in the proccess of being controlled in many countries of the Americas, including El Salvador and Ecuador. Against this backdrop of successes, the emergency of antimicrobial resistance (AMR) has placed challenges to the control of communicable and infectious diseases like tuberculosis, gonorrhea, acute respiratory infections, and HIV/AIDS.

Infectious Diseases that have been erradicated from the world

Infectious diseases that have been eradicated from the world

Has been eradicated from the world

Infectious Diseases mainly affect Low Income Countries (LIC) due to the lack of safe water and sanitation, limited access to antimicrobials and vaccines, low level of education, poor access to health services, among other factors.  The regions of the world most affected by these diseases are Sub-Saharan Africa, Asia, and Latin America.  According to the World Health Organization, 940,000 people died of HIV-related illness in 2017 The number of deaths caused by HIV/AIDS whereas malaria caused an estimated 445,000 deaths in 2016. The Global Tuberculosis Report 2017 states that tuberculosis killed more than 1.5 million people worldwide (1.3 million among HIV-negative people and 340,000 deaths among people living iwth HIV [PLHIV]) in 2016. Neglected Tropical Diseases (NTDs), a group of communicable disease prevalent in tropical and sub-tropical regions of the world and which receive little research and control funding, were responsible for 152,000 deaths. Examples of such diseases include Soil Transmitted Helminthes (STH), schistosomiasis, chagas disease, and leishmaniasis. These diseases have an enormous impact in the health status and economic output of the populations they affect. Thus, due to the tremendous impact of infectious diseases on morbidity, mortality, and disability, it is necessary to redesign the strategies to prevent and control them.

Certain population groups are more susceptible to the effects of communicable diseases due to a myriad of reasons including biological characteristics, occupational exposures, behavioral habits, cultural practices, etc. Due to their naive immune system, children are even more vulnerable to these infectious diseases. In fact, infectious diseases are important causes of mortality among children in the world. The main infectious killers of children in the world include Acute Respiratory Infections (ARI), Acute Diarrheal Diseases (ADD), HIV/AIDS, malaria and tuberculosis.

The burden of infectios diseases extends beyond the excessive mortality figures that are presented here and elsewhere. Some infectious diseases have been liked to the development of cancer. For instance, H. pylori has been implicated in gastric cancer whereas certain strains of Human Papiloma Virus are associated with cervical cancer in women, schistomiasis has been linked to urinary bladder cancer, and HIV infections may lead to skin and blood tissue cancers, among others.

Which of these diseases is considered a Tropical Neglected Disease (TND)?

Currently, people, animals, food, and products travel around the world at ever-increasing numbers and speed compared to historical times facilitated by expanding global private, commercial and trade transportation networks. This impressive transportation surge is accompanied by an equally easy mobility of infectious agents.  The global and transcontinental movement of people and products have lead the receptor or importer countries to establish strict systems to control the emergence of infectious diseases in their territories.  One of these historical measures has been the roman "quarantine" process by which all ships were required to stay isolated for 40 days to avoid the spread of diseases. Currently the quarantine is a measure of control imposing isolation to people, animals or places.

What is a quarantine?

What is a quarantine?

The time imposed in order to isolate a person, animal, or place

The time a patient should rest after a severe infection

The forty days of incubation of some infectious agents

Worldwide, the 2009 flu pandemic killed about:

Half a million people

[1] Image courtesy of Pieter Brueghel the Elder in the public domain via Wikimedia Commons.

[2] Image courtesy of the Centers for Disease Control and Prevention's Public Health Image Library in the public domain via Wikimedia Commons.

[3] Image courtesy of the Centers for Disease Control and Prevention's Public Health Image Library in the public domain via Wikimedia Commons.