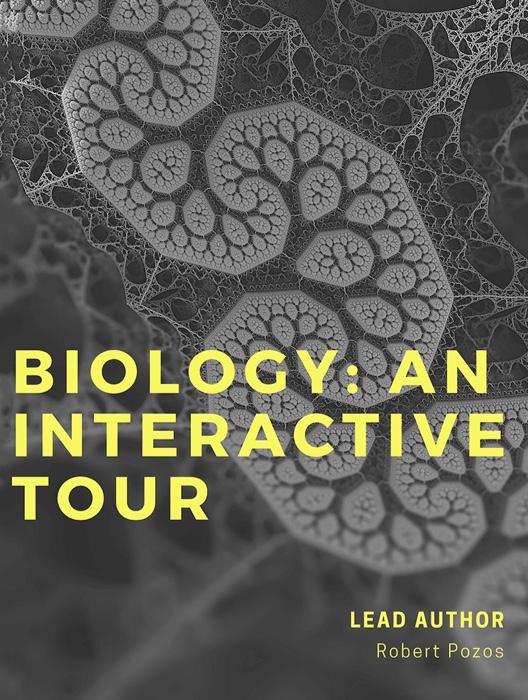 Biology: An Interactive Tour is for a non-majors audience in technology-enhanced learning and makes the complex world of biological science approachable and relatable.

Comparison of Introduction to Biology Textbooks

Consider adding Biology: An Interactive Tour to your upcoming course. We’ve put together a textbook comparison to make it easy for you in your upcoming evaluation.

Kenneth Saladin, Anatomy and Physiology: The Unity of Form and Function, 7th Edition

Kenneth Saladin, Anatomy and Physiology: The Unity of Form and Function, 7th Edition

Robert Pozos has extensive experience studying human response to environments resulting in hypothermia and hyperthermia. He established the hypothermia laboratory at University of Minnesota-Duluth School of Medicine and was a part of the chief civilian scientists at Naval Health Research Center in San Diego where he evaluated the thermal effectiveness of military garb for combat operations.

Welcome to Biology: An Interactive Tour! Here is some information on each of our authors.

Robert Pozos has had an extensive academic career during which he has taught students ranging from undergraduate to medical and graduate school.  During his tenure in academia, he has actively participated in teaching, research, and administration. He received his Ph.D. at Southern Illinois University and his post-doctoral training at the University of Tennessee, Medical School. He has held a number of academic positions as professor, starting at the University of Minnesota, Duluth, School of Medicine, University of Washington, School of Medicine and San Diego State University, Department of Biology. Presently, he is professor emeritus at San Diego State University where he has taught Introductory Biology for the last 15 years. During this period, he used innovative web based technologies, developed his own learning management system, and taught blended classes with enrollments of a 1000 students per year. His research continues with studies on “Scientific Literacy,” which involve actively engaging the modern digital student to better understand scientific concepts through the use of combined interactive illustrations with music. He has received support for his teaching and research projects from funding agencies such as the National Institutes of Health, National Science Foundation, Office of Naval Research, and Sloan Foundation.

Christina Alevras is a full-time instructor of Biology at the University of Saint Joseph in West Hartford, Connecticut. Her experience includes undergraduate and graduate studies at the University of Connecticut in the fields of physiology and neurobiology.  Her studies in brain biology and her passion for service are incorporated in her work in and out of the classroom. Her true passion for teaching is focused on working with students that face various physical and emotional challenges.  In that capacity, her current research is centered on the design of hands-on active learning based models for the communication of biology to the visually impaired. She is a consummate educator whose interests outside of the classroom focus on curriculum design and implementation of Community Outreach programs centered on the population of young women students ranging from elementary to high school age and beyond. These programs are designed to inspire interest and opportunities in STEM-focused fields to young women. Her intent is to help make higher education a realistic and attainable goal for those that may otherwise not see it as a true possibility.

Dr. Marion McClary is a Professor of Biology and is Co-Director of the School of Natural Sciences on the Metropolitan campus of Fairleigh Dickinson University (FDU).  Dr. McClary received his B.S. in Marine Science from Richard Stockton State College in 1990 and received his Ph.D. in Zoology from Duke University in 1997.  Dr. McClary serves on the Board of Board of Trustees for the Association of New Jersey Environmental Commissions (ANJEC).  At FDU Dr. McClary is the Faculty Athletics Representative and is the Coordinator of the Louis Stokes Alliances for Minority Participation (LSAMP) in STEM (Science, Technology, Engineering and Mathematics), which is a grant that is sponsored by the National Science Foundation (NSF) with the purpose of doubling the number of minorities who earn B.S. degrees in STEM.  Dr. McClary’s current research focuses on the behavior of and nerve impulses in fiddler crabs that are caused by various chemicals.

I would like to acknowledge and thank the professional assistance, encouragement and humor from the following who made Biology: An Interactive Tour possible

Delan Hamasoor, M.A., the project manager at Top Hat who guided this effort, as well as the team at Top Hat who patiently handled all of my requests. He and his staff worked diligently as we worked collegially to meet deadlines.

Ms. Alicia Leon, B.S. was essential for the professional development and implementation of many of the figures as we developed new ways to present the material. Her superlative assistance and guidance were key as we developed concept maps, flow diagrams, feedback loops and infographic summaries.

Drs. Christina Alevras, Ph.D.  and Marion McClary Ph.D.  who as co-editors contributed greatly to the scientific editing of the book.

Annette Pozos, M.D. my wife, who supported me during this long-term project with her humor and sense of practicality.

Students that I have had the pleasure to teach and get to know who were an inspiration to me to pursue modern, innovative methods of presenting the excitement of biology.