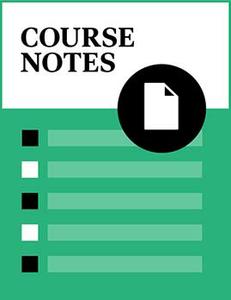 The Advantage of the Stronger

The Advantage of the Stronger

​Socrates, famous in his day for the brilliance of his conversation, is in the house of Cephalus at the invitation of Polemarchus, who is likely to have known when he invited him that Thrasymachus would also be present. Indeed, gettingthetwoofthemtogethermayhavebeenhisintention. Thrasymachus is a visiting sophist – a paid teacher of rhetoric and wisdom – who is in Athens from his native city of Chalcedon in the northeast corner of the Greek world to ply his trade and find buyers for his lessons. He is also a well-known man of words, but quite different from Socrates in philosophical orientation. Thrasymachus sees Socrates as a rival, and is irritated at the cheerful skill with which he instructs Polemarchus and wins him over to his way of thinking. (That Socrates is doing this for free may also contribute to his irritation.) Bursting in upon the discussion, he accuses Socrates of asking questions and refuting answers not out of a genuine interest in the truth about justice but in an effort to best others and win admirers. Socrates denies the charges, and professes to have no definition of his own significantly different from the sort of thing Thrasymachus rules out as “nonsense”: vague definitions such as “the right, the beneficial, the profitable, the gainful, or the advantageous.” Thrasymachus claims to possess the truth about justice – a better answer – which he is willing to share, but only for a price. Glaucon and the others quickly agree to pay. “Justice,” he announces, “is nothing other than what is advantageous for the stronger.” Every city is ruled by some one individual or group of individuals, these rulers make the laws, and the laws are designed to benefit the rulers themselves. Since justice is defined by the laws, justice is whatever the rulers make it, as they shape society to their own advantage.

Has there ever been a time when it was just to own people as slaves? Plainly there have been times when it has been legal and not uncommon to own slaves. (Recall that it is Polemarchus’ slave, not Polemarchus himself, who runs up to Socrates in the street.) But is this justice? “Yes, of course,” Thrasymachus would say; for on his view, justice is whatever the laws demand, and plainly there have been laws defining slaves as property, laws demanding that slaves obey their masters, and so on.

Is it possible for a law to be unjust? Can Thrasymachus make sense of the idea of an unjust law?

As Thrasymachus sees it, is it good for a person to be just?

What, in truth, is advantageous to a person?